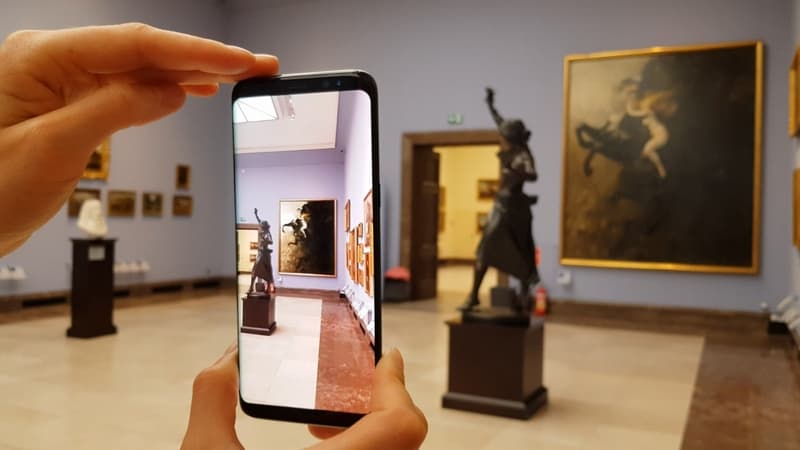 AR experience for the Museum

AR app for the National Museum in the Sukiennice

We created an animation of the 1894 painting „Frenzy of Exultations” by Władysław Podkowiński for the National Museum in Sukiennice, Cracow. Using a high-resolution photo of the painting, we created layers from which the animation was generated live on a 3D engine.

„Frenzy”: a marker for an AR app

A real painting in a museum, a faithful reproduction, or digital copies provide a marker that triggers the app’s content. When you launch the app and direct your phone toward the image, the app will detect the marker image and overlay an animated copy on top of the original. Using augmented reality technology, the app continuously tracks the position of the image, and if we point the phone in its direction, an animation of a kicking horse replaces the image. We were working on the app during the lockdown. After the museums reopened, we went to the Sukiennice to test the app’s performance with the original „Frenzy” for the first time. You can check out the effects of the first test in the video below.