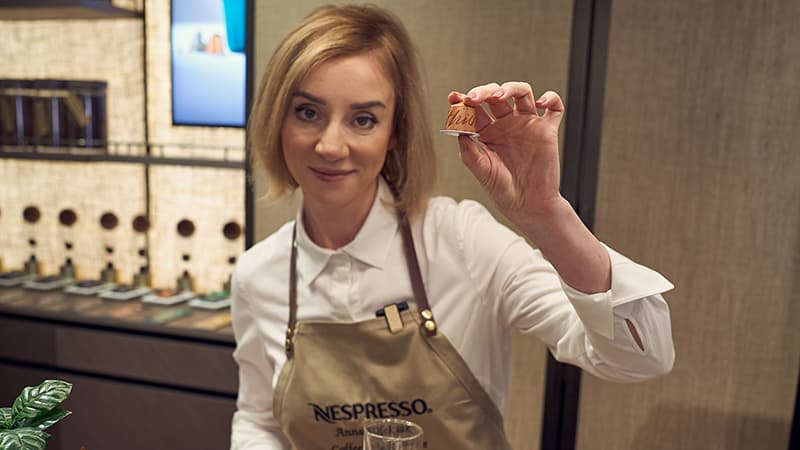 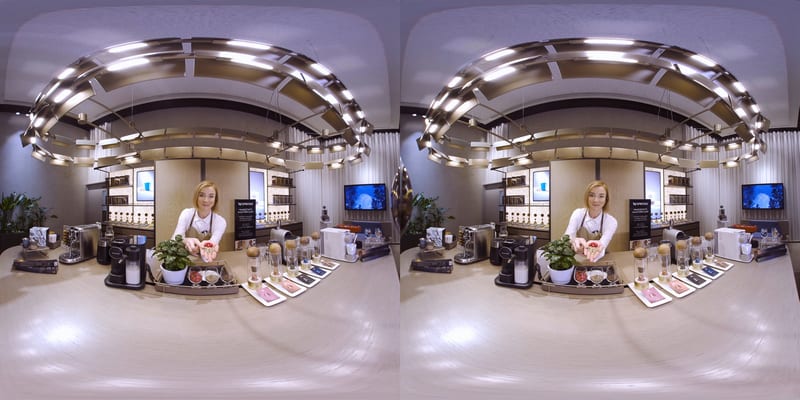 At the end of 2019, Nespresso joined us as a client. We created the Nespresso VR experience, a short masterclass on the brand and coffee in general, hosted by Anna Oleksak – Coffee Ambassador of Nespresso, working in the coffee industry since 2001.

We aimed to create a unique one-on-one workshop experience with a coffee expert using VR technology. We recorded a video in the Nespresso boutique shop using VR180 technology, where Ania narrates the journey that coffee makes before it reaches our cup. In addition, the host teaches how to savour coffee like a true gourmet and how to distinguish between different varieties and kinds of coffee.

Additionally, we included excerpts from client video footage in the film. Besides the boutique shop, viewers also visited a coffee plantation and a factory where the aluminium is recovered from used Nespresso capsules. We produced the video using a professional VR180 camera. The Z Cam K1 Pro offers 5.7K resolution and captures the image in an extremely comfortable and realistic 3D effect. We also developed a VR app for Oculus Go headset to control the display of the video during the Nespresso event. We presented our film at the client’s booth for three days on four Oculus headsets. We carried out the production on behalf of the IDEA KILO agency.