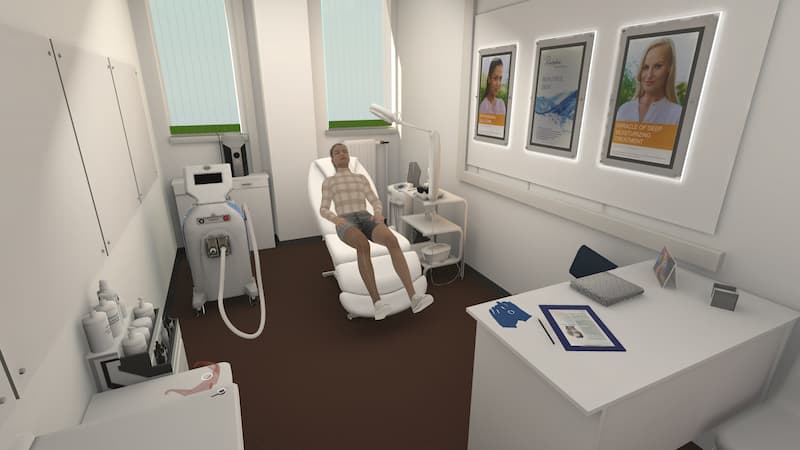 45 VR videos and 7 training apps were designed for the Voivodship Labour Office in Rzeszów. The „I see myself in this profession” project provides an innovative approach to career counselling. Thanks to using innovative tools such as VR, office employees advise young people as they enter the labour market. VR gives them a chance to see the day-to-day work in each profession and an opportunity to try their hand at a variety of jobs, which can help young people make better decisions about careers and professional paths. The project was developed in two language versions – Polish and English.

45 VR films were made in major organisations in Podkarpacie and Mazowsze regions. The VR films portray the daily work of doctors, programmers, carpenters, dog behaviourists, train drivers, airline pilots as well as employees of factories. The project partners include LOT, Rzeszów Jasionka Airport, Strabag, Asseco, Pilkington, BWI Group and the Fryderyk Chopin Research Hospital No. 1 in Rzeszów. Young people looking at various career paths will have a rare opportunity to see what the everyday work of a paramedic looks like. They will participate in a rescue operation side by side with firefighters, police officers or border guards. The viewers can also take a look into the backroom of a kitchen or a pastry shop, sneak a peek at a construction site or a carpenter’s shop, or see how pilots and cabin crew work.

The second part of the project involved the creation of 7 VR training apps showcasing selected professions. Each of the apps presents a number of tasks to complete at various levels of difficulty. At the easier levels, the player is guided by clues as well as a virtual guide, hinting at how to complete a specific task. Once the task is completed, the user earns points and learns about his or her aptitude for the profession. Young people can test themselves as electricians, beauticians, welders, car mechanics or artistic blacksmiths, among others. In VR, the player can also move loads with a forklift, a crane, and an overhead crane, or become a digger-loader or a steamroller operator.

The software and videos were produced as part of the pilot project „I see myself in this profession! Modern technologies in career counselling” funded by the Labour Funds.