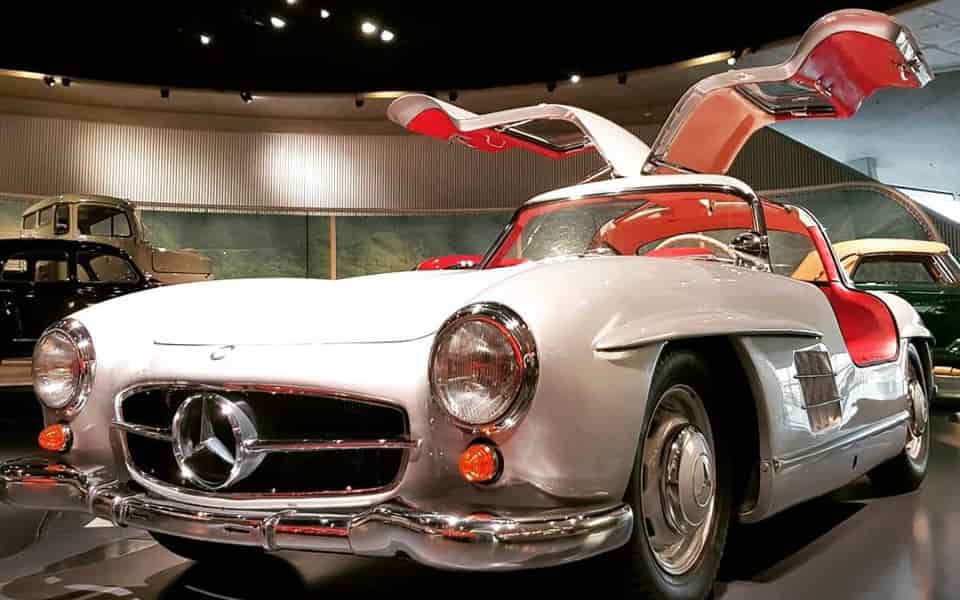 We produced a 360-degree onboarding video for the Mercedes-Benz brand on behalf of Simteract. As a part of the project, we toured the brand’s museum in Stuttgart, where you can see the brand’s most important vehicles in the history of the company. We transferred the most beautiful models presented in the museum’s modern building to virtual reality. Apart from that, we filmed additional 360-degree footage at one of the brand’s factories, where we watched how parts for Mercedes-Benz vehicles are manufactured.

360-degree shots inside the car

The next element of the project was VR shots taken inside a Mercedes-Benz car. We shot the VR footage with a 360-degree camera located between the driver and passenger seats. We spent an entire day in the car, cruising the roads of Małopolska. We also took footage in one of the brand’s showrooms.

Shooting on greenscreen in the VFX arena of TVN

The last stage of the production involved shooting on a greenscreen in the VFX arena of TVN in Krakow. Our crew shot 360-degree footage of an actor playing one of the characters. After removing the green background in the post-production, we placed the character in the pre-filmed spaces of the Mercedes-Benz Museum in Stuttgart.