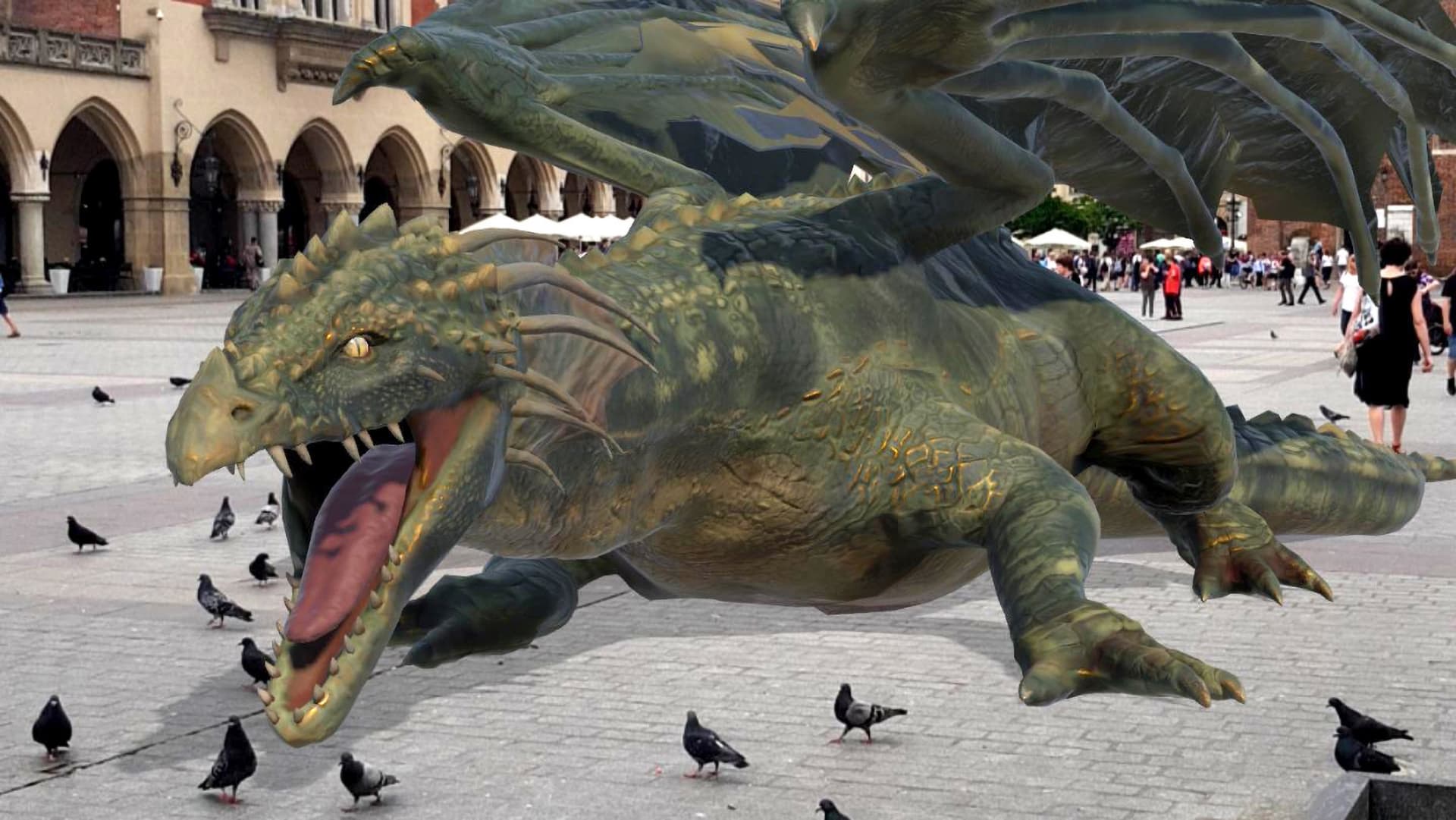 We created an educational Wawel Dragon AR app about one of the icons of Cracow and the hero of one of its greatest legends – the Wawel Dragon. The „Dragon in Cracow” app was created at the request of the Wawel Royal Castle and the City of Cracow. It features an animated, interactive model of the Wawel Dragon, created based on drawings provided by the client. It is available to download for free from the App Store and Google Play.

Interactive entertainment with a Cracovian legend

The app consists of three main parts. The first is a map screen with instructions on how to reach the five locations in Cracow where the creature can be seen. The key element of the app is, naturally, the AR module. Once you arrive at the location on the map, it allows you to display one of five Dragon animations in augmented reality. The user can interact with the animal in each of them. We can wake the Dragon from its slumber near the Dragon’s Den, we can help it land in the Market Square or we can make it breathe fire. Once the user has interacted with the dragon, he or she is presented with a fun fact on the Legend screen.

A picture with the Dragon in AR

Users can take a picture of the Wawel Dragon in AR mode at any time and share it from the app to any social media platform. This is a fantastic way to engage users to interact and share their experience of using the app to play. It also lets users run competitions for the most creative photo.

Mobile apps using augmented reality are a wonderful way to reach young audiences. We have vast experience in developing educational AR apps. They feature interactive, animated 3D models of objects and characters. Some examples of other apps we have developed include Colourful Heart of the World for the Atrium shopping centres chain, Lithuania Minor AR – an app for the Museum of Folk Architecture in Olsztynek, and Sea Maze AR for the Maze in Stegna.

Schedule a call with us!